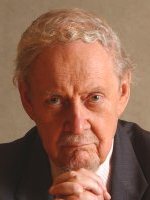 Full name: Robert Heron Bork
Noted For: U.S. solicitor general under Nixon, (R 1973-77), as acting attorney general, fired Watergate special prosecutor Archibald Cox on Nixon's orders, after Elliot Richardson and then William Ruckelshaus refused and resigned. Judge for the U.S. Court of Appeals for the District of Columbia (1982-88). Nominated to the Supreme Court by Reagan in 1987 and rejected by the Senate.