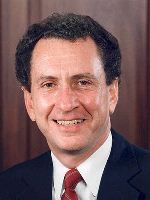 Noted For: U.S. senator (R-PA, 1981-2009; D-PA, 2009-11). As a member of the Warren Commission investigating the assassination of President John F. Kennedy, Specter co-authored the theory that Kennedy and Gov. John Connally were shot by the same single bullet.