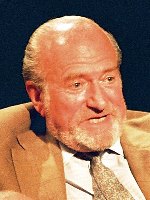 Full name: Claus Cecil Borberg von Bülow
Noted For: Accused of attempting to murder his wife, Sunny von Bulow, who went into a coma in 1980 and never recovered, by drug injection. Convicted in 1982 and sentenced to thirty years in prison. The conviction was overturned in 1984. Found not guilty in his second trial (1985). Represented by attorney Alan Dershowitz.