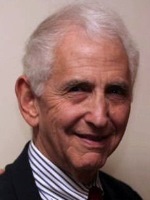 Noted For: U.S. bureaucrat and political activist, served in the Defense and State departments, leaked documents called the Pentagon Papers about the U.S. strategy in the Vietnam War to the New York Times (1971). The break-in by White House operatives into his psychiatrist's office became evidence against President Nixon in the Watergate scandal.