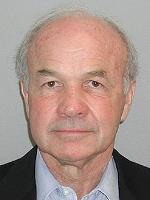 Full name: Kenneth Lee Lay
Noted For: founder, chairman, and CEO of Enron Corporation (1985-2002). Sold large amounts of Enron stock prior to the company's bankruptcy in December 2001. Convicted of conspiracy and fraud (5/25/2006). The conviction was vacated after his death because his case was still being appealed.